This is just wrong.

On so many levels, this is just wrong. Found in a Food Lion. They had a very large tub of these in the middle of the aisle. Who picks that up and thinks "wow, I'll get this for my kids!"?!?!? 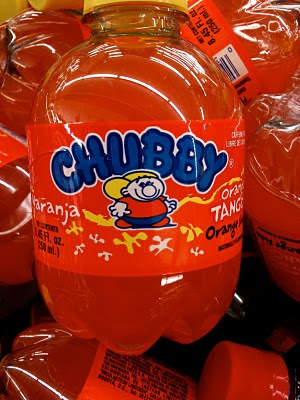 Confusing the message with the delivery vehicle!

So, I genuinely love my man, Chris Grams. I'm pretty sure we first met when he was hired at Red Hat, but somehow we have several non-Red Hat mutual friends we've since found. I don't see Chris often (not nearly often enough, that's for sure), but I do follow him in the social networking scene. So when this post popped up on his blog, I had to respond.

Normally, one might respond to a specific post like his through the comment section of the original site. I'm not doing that because I haven't updated my own blog enough lately.
at 9:54 PM 6 comments:

Sometimes the politicians get it right.

I want to say a big thank-you to the NC General Assembly for passing legislation banning smoking in almost all restaurants and bars starting in less than two hours. I'm not sure if it was original or not, but a friend of mine posted to Facebook just yesterday with something I'm going to repeat here. "A smoking section of a restaurant is like a peeing section in a swimming pool."

I agree completely. Many restaurants had done a great job of having air filtration systems to help mitigate the problem, but I find that I had pretty much quit eating at "sports-bar" type places like Buffalo Wild Wings and Bailey's. And it was because of the smoke. I like bar food, and I like the fact that bars are the kind of place where you can often get fairly high quality food but get it faster than many fancier restaurants (nice for those times when you don't have time for Outback but want something better than fast-food).

As a life-long resident of North Carolina, a state whose economy was long dominated by tobacco, I honestly never thought I'd see a change like this in my lifetime. Thanks, legislators!
at 10:15 PM 3 comments: