I had an interesting encounter today.  I was at a stoplight, stopped, and knew the light so I knew it would be little bit before it changed.  I was on my way to grab a drink at a convenience store (if you love frozen Coke/Icee/Slurpees, the machine at the Kangaroo chain of convenience stores really is the best of the breed) and thus wanted to get rid of the mostly watered down tea that I had.  I checked my mirror because there was a left turn lane beside me that was vacant to make sure nothing was coming around me, and opened the door a bit and dumped the tea/water/ice out on the road.  I even took a couple seconds to shake the cup well as I glanced at the light that was still red.

I closed the door, put the cup back in the cupholder, the light changed, and we went.  I do remember well that there was a white F-150 behind me, but couldn't see much else further back.  I crossed the intersection and turned into the Kangaroo, which is out in front of a big strip mall in Carrboro.  Ran in, got my drink, paid, and headed out.  As I was getting in the car I noticed a car moving across behind my car through the parking lot.  The windows were down and I could see an older lady driving.  An older man in the passenger seat yelled "hey" and I looked to see why.  I wasn't sure it was directed at me (seemed possible I just overheard something he was yelling at her), so I continued getting in the car.  But as I did I could see the lady had stopped and the man was getting out with a piece of paper in his hand and heading toward me.

I stopped with the door open, seated in the car, and turned around as he approached.  I figured he needed directions or something.  I said "can I help you?"  He said "I just want you to know you should expect a call from the police about what you did over there" and he sort of pointed toward the intersection where I had dumped my drink.  I said "excuse me?"  I had no clue what he was talking about at the time.  He said "you dumped that tray over there."  And he turned around and started walking back to his car.  I said "for dumping out a DRINK?!?" and started laughing.  He just got in the car and the lady drove away.

I think he said "tray", I'm not completely sure.  The ice was the "half moon" shaped ice from home which is pretty "white" versus clear, so maybe he thought I dumped something out that was solid, I don't know.  I don't even know where he was when he saw me do it unless he was behind that truck or sitting in the parking lot of a different convenience store that would have been to my left.  I do know I dumped out some liquid and ice, and unless I'm missing something big, there's no crime there.  It's been about 30 minutes and no call from the police...my guess is they are out looking for, uh, actual criminals, though.
at 12:31 PM No comments:

Hell, and the freezing and whatnot 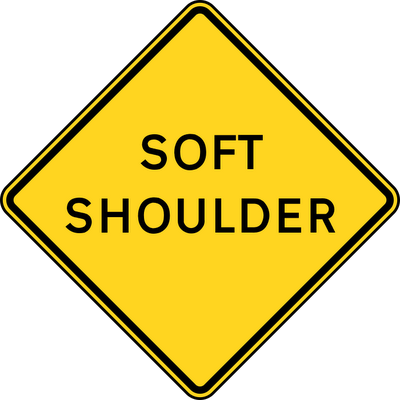 So I'm normally the guy that laughs at people who get stuck in the grass after it's been especially wet.  Unfortunately, today I could only laugh at myself.  Ashley had to be at church early, so me and the kids came separately.  I was "on time" for church, which means cutting it kind of close, but still, we were there in time to get inside long before the music stopped.  But it was a big day at church, and the parking lot appeared to be already bulging when I got there.  And I was in the van, which is kind of large.  So when I saw a spot where I could back in on the grass and not be in a tight parking space nor in anyone's way, I decided to jump in it right quick.  Only it was downhill just a touch and it was REALLY soft due to recent rain.  I felt it the moment I backed in, but it was too late.  Just started spinning.

Ugh.  Normally I would have not worried too much about it and just gone to services and waited until most of the parking lot was empty afterward and dealt with it then.  But today we had baseball at 2pm in Pittsboro, so we needed to be gone right when church ended to have any time to grab food at a drive-thru and get there in time for Zach to warm up.  So instead of going to services, I went and found Ashley and had her pull me out with her Pilot after services started.  By some stroke of luck I did have a tow strap in the van, but didn't have anything to attach it with.  But I used some bike rack parts on one end and random piece of metal on the other and made it work.  But it still took a good 15 minutes and my shoes were pretty gross from the mud, so we went ahead and just went and sat down to eat lunch and then went to baseball.

That's a little bad luck, but also something I should have known better to do to begin with.  Just like this past Friday night, when I took Kevin and Zach out to eat at a local Mexican restaurant.  We ordered, ate, and then when the bill came I realized I had NO MONEY.  Somehow I had forgotten my wallet.  Fortunately they were quite understanding and I was able to call them with my credit card number when I got home.  Which was also kind of dumb, since I actually do KNOW my American Express number and could have just given them that on site.  It's been a pretty mediocre weekend.

But that brings us to the hell freezing thing.  For the longest time I've said I had no urge to do a long running race, but I've found I have almost no running motivation these days, even though I really need to do it to help my mountain biking as well as for the cross training benefits.  I used to run both for those reasons and because I thought at some point I'd learn to swim and work on being a triathlete.  But I've mostly given up on the triathlon idea, which has led to less running motivation.  So I figured a good way to get some motivation back might be to run a half marathon.

Yeah, a half marathon.  You know the joke...every time someone says they ran a half marathon I think to myself "now there's someone who knows how to do things half-way."  So soon that will be me, too.  Well, "soon" is a relative term...I don't think I'm going to do a race until late January or early February, but it's time to plan it, anyway.  And thanks to Shelley, I have a time to shoot for...1:57.  That's going to be tough!
at 8:37 PM 1 comment: