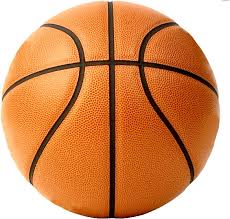 The Big East used to be known for more a more "bruising" style of basketball.  The officials let more contact go and the league liked being known for being a little more "nasty."  Still, go back and watch tape of top Big East teams during the 80's, 90's, and even into the early 2000's.  They aren't painful to watch at all.  They did have occasional lower scoring affairs, but in general a Big East team in the NCAA tournament, where it was said to be called more traditionally and thus "tighter", could score in the 80's and 90's, too.

Fast forward to today and everyone is screaming about how low scoring the game has become.  The fix, people seem to think now, is to lower the shot clock.  I do believe that will increase scoring some, but it will still make the game more painful to watch than it is now.  You'll have even more hurried possessions resulting in low percentage shots.  But due to a noticeable increase in possessions, the scores will go up.  A little.

No, the answer is not a shorter shot clock.  24 seconds in the NBA is crazy low, but it works at that level.  35 seconds in college is plenty short enough already.  We used to score in the 80's, 90's, and even into triple digits just fine with a 35 second shot clock.

The answer is call the fouls.  Call every foul as is spelled out in the rulebook already.  Call them on the perimeter.  Call them on the blocks.  Call them in between.  Just call them.  You say "oh, but that'll slow the game down for all the free throws we'll be shooting."  Not for long it won't.  Players want to play, and players will adapt and stop fouling.  Currently it's getting to be a free-for-all where players know the refs aren't going to call much of it at all, so they do things with wild abandon now.

Guys with natural ability dribbling the ball can't turn the corner because the defender is allowed to bump them.  Offenses have adapted some, but all they can do is try more moving screens, which has actually had some success, especially if you use a moving screen in the lane to free a screener heading to the top of the key (see: Louisville in 2012-13).  In general, allowing overly physical play helps the defense way more than the offense.  And hence scoring goes down.  Let the offenses work without all the contact, and I believe scoring will go back up.

The other thing is the charge/block call.  It's here where I do feel for the officials.  It's a hard call to get right.  It always has been.  Here I'd like to see a major change that would make it easier, though.  Change the rule so that the defender has to be set (two feet planted, no significant leaning) when the offensive player picks up his dribble.  Currently the rule is when he leaves his feet, but I think that encourages help defenders to try to simply "get to the spot" before a player leaves his feet.

The point of making it when a player leaves his feet is that he's basically "out of control" at that point since he's going airborne.  I say he's all but out of control once he picks up his dribble because he can only take the two steps, almost always toward the basket at that point, and he's got to get rid of it.

Now, is this an easier call to make?  Not really.  So why do it?  Because there won't be as many charge/block calls to make at all.  It'll be too hard to try to draw a charge intentionally as a defender.  It'll only happen when an offensive player is truly out of control, and those will be obvious.  The rest of the time defenders will go back to trying to block the shot.

What will this do?  It'll let guards who are quick enough to turn a corner on their man have a better chance of finishing, rather than constantly getting scared and pulling it back out.  Again, scoring will go up.  That silly circle they put in place changed almost nothing.  I don't think we saw any fewer attempts by defenders to draw charges, and almost never did we see any inside the circle.  So maybe it did change the way players draw them a little, but not enough to matter, I don't think.

But these two changes alone would restore the scoring in the game and make it more fun to watch.  There's simply too much advantage in contact right now, and that's never been what this game was about.
at 1:04 PM 3 comments: