What is important in a hotel? 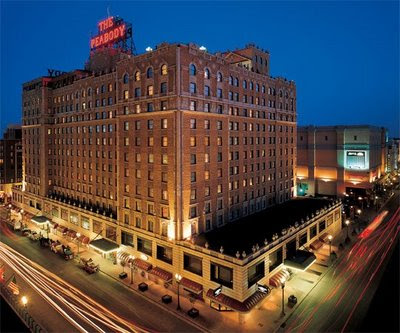 Okay, I feel the need to wax philosophic about what is really important in a hotel. Why? Because I think I might be a little weird in my priorities, and I wonder if there are folks out there who might be stranger than me. I doubt it. Here's my priority list.

Second, bed. Hampton Inn wins on this one for "normal" hotels. Most probably agree on this one, too.

Next comes the shower head. I hate a low one. Too many hotels, especially the really old ones, no matter how nice, have shower heads about five feet high. Drives me insane. I really wish travel places would list shower head heights for hotels.

Next we have the space in the bathroom. Again, old hotels can be insanely posh, but most have tiny bathrooms. It was a different era, but I hate it when there's hardly any counter space (especially when you're not the only one in the room). I really hate it when you can't get dressed without bumping into the toilet. Those of you who haven't traveled much to big old cities might not believe me, but trust me when I say there are a lot of hotels out there that are very nice, very expensive, and have a bathroom the size of a postage stamp.

Having no exhaust fan in the bathroom is a big let-down, too. Nothing is more annoying than starting to sweat when you get dressed in the bathroom thanks to a lack of ventilation. It's only a minor annoyance that the mirror fogs up, but the sweating thing? I hate it.

Good air conditioning is important. Most have this, though I occasionally get a room where it won't quite get cold enough. I'm really picky in this regard, though, and probably unfairly so. But what really bugs me is when the AC controls won't let me turn the fan to "on" instead of "auto." I like the air noise. A lot. So much so that when I road trip I take a "white noise" machine with me just in case. But it's a little cumbersome on airplane trips, so I make do with my laptop as a white noise generator, but it's just not the same.

That's pretty much all I want a hotel to definitely have. Internet? Nope, don't care. TV? Don't care much about that, either. I do appreciate other amenities when they exist, but I'm talking about bare essentials here.

Some hotels have things I don't want, too. Like when they only have valet parking. It can be extremely inconvenient, not to mention expensive. Or when they pretty much won't let you handle your own luggage. Sometimes that's nice (like when you're on a long trip with kids), but most of the time I'd just assume carry my own luggage. It's not that I'm cheap, it's just that it's not worth it to me to have to tip some dude to do something that I could have just as easily done myself. I also don't like it when the maids go out of their way to bug me that my Do Not Disturb sign was out all day. I know! It's one thing to annoy you the first time you do it. But every day? That's right, I typically don't need my hotel room cleaned, oh, ever. I'm a fairly neat person, I recycle towels well, and I'm not afraid to ask for a couple more towels when I need them.

It sort of amazes me when "resorts" charge for every last little thing. Isn't the catch with a resort supposed to be that you have everything you need in one place? And they're already expensive because of that. Why do most of them feel the need to rip you off even further? I guess it's because there are enough morons out there who will pay it, but it seems crazy. I've stayed at "resorts" where the Internet was $15 per day. The fitness room? $15 per VISIT. A couple eggs, bacon, hashbrowns, and toast? $25. Valet parking? $25 per day. A pack of M&M's from your mini-bar? $5. Unbelievable.

Maybe I'm just simple. I prefer a nice clean room, comfortable bed, good shower with some floor and counter space and a fan in it, and nobody bugging me to help me with stuff I don't need. Good Internet, TV, and fitness room is a very nice bonus. Why is that so hard?
at 11:26 PM

You must hate camping!

You have no idea! I did a lot of it as a kid, but now I REALLY hate it.

Check out the Homewood Suites. We stayed at one in Virginia. Outstanding. Shower head so high it was almost on the ceiling (a pet peeve of mine too). Very comfortable beds.
Suites. Free HOT breakfast everyday and free hot dinner on weekdays.