Okay, so I've gone and done it now.  I don't know what possessed me, but I've gone and got myself all wrapped up in the Leadville Trail 100 Mountain Bike Race.  The 2012 version happens on August 11 in beautiful Leadville, Colorado. 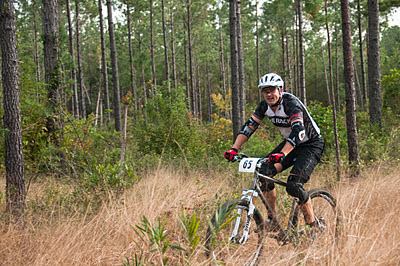 For those unfamiliar, this is actually a 103 mile race that happens at 10,000 feet of elevation and above, and includes a total of 14,000 feet of actual climbing.  Because it's an out-and-back course, that means there is also 14,000 feet of descent.  The weather is known for being quite unpredictable, and the course has some very challenging spots, particularly if it's raining.  So, in a word, it's brutal.  But another word, and the one I'm going to focus on, is epic.

Epic is the reason mountain biking exists.  I'm sure at first it was just some kind of experiment in riding on hiking trails rather than on the road or on a BMX track, but the challenges faced when riding those trails is what caused people to continue to push the envelope in terms of skills as well as machinery and turn the sport into what we have today.

What we have today is a wide variety of types of "mountain biking", and this race even pushes the limits of that to something I'd call "ultra-endurance mountain biking", I guess.  There are only a handful of races in the entire world that are significantly longer than 100 miles, though there are a bunch of races that are basically this same length now.  Well a "bunch" as in probably 10 or 12 in the US, anyway.  More common is the "6 hour" endurance race for mountain bikers, and often those are on MUCH shorter courses and you just do as many laps as you can within some cut-off time (usually around 5.5 hours).

So why do something this extreme?  Because this particular race is considered the pinnacle of mountain bike racing in North America.  To be considered a finisher, you have to complete the course in 13 hours.  Complete it in 12 hours and you get a small, but very cool, belt buckle.  Complete it in 9 hours and you get a large belt buckle.  I know, most of you are thinking "what the hell would anyone go to all that trouble for a belt buckle for?"  Yeah, me too, in a way.  I'm certainly not going to wear the thing, but then again I'm sure most people who win them don't wear them, either.

It's really about completing the thing and being able to know you did it.  It's kind of a bucket list item for many folks who like to ride mountain bikes.  Most of us ride a few hours per week, and often do one ride per week that's 2-3 hours long, and that's it.  If I train my butt off between now and then (and I'm already in decent shape), and have a GREAT day, I might get close to that nine hour number.  Realistically, my goal is 10 hours (and that'll take a very good day).  If I manage to finish in 12 hours by even the closest of margins, I'll still be VERY happy.  If I squeak the 13 hour mark, I'll be happy.  If I don't make 13, it won't be a good day at all for me.

What can screw it up?  Illness.  My body not cooperating with the altitude.  Mechanical failure.  Not following my hydration and nutrition plan.  Crashing.  Oversleeping.  Not training well enough.  And probably other things.  I've got plans to deal with all those things (well, except maybe illness...I don't think there's much I can do about that!) and then some, however, and over the course of the next year I'll bring you all up to date on what they are.  I plan to blog fairly extensively about it (and given recent history, that may mean I don't blog about much else...who knows, though, maybe this will rekindle my blogging fire on other topics, too).

My next blog post will be about how you can help.  That's right, you can help.  How?  Well let's just say getting into Leadville as a first timer is very difficult.  There's a lottery system and first timer's have a less than 10% chance these days of getting in.  But there's a couple other ways to get in now, and one involves raising money for charity.  That's the one I chose, and I feel pretty great about it because it's a pretty great charity.  More on that in a few days.

For now, it's nearly time to get myself ready for a rainy day long run.  That's right, a run.  I just wrote a huge blog entry about mountain biking and I'm going for a run.  Why?  Well, cross training is good, and apparently running is becoming widely accepted as a very good compliment to biking.  Which is annoying, because I don't love running nearly as much as I love biking, but that's okay.  On this rainy day I've got a running partner, and that seems to make running so much better.

I plan to give a shout-out in probably every one of these posts to my awesome coach, Sage Rountree.  She is, without a doubt, one of the world's leading authorities on athletic recovery.  But you don't get to that point without being pretty great at how to become an extreme endurance athlete, so she's a great coach for this in so many ways.

Wow. Good luck. Next up: an iron man, right?