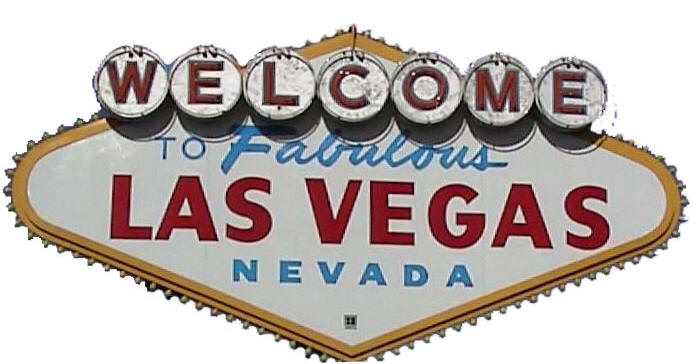 That's right, it's not a blog post about some stupid mountain bike race!  Unfortunately, it's a post about vasectomies.  Vasectomi?  No, spell check says vasectomies, so vasectomies it is. (Aren't you glad I chose a picture about Vegas instead of that other thing?)

So I'm listening to the radio this morning on the way to the dentist and the deejays are talking about a vasectomy clinic somewhere that offered a March Madness special.  Get a vasectomy this week and they provide free pizza for you all weekend, with the hook being that the first weekend of the NCAA basketball tournament is the perfect time to be unable to get outside or do much else.

Later as I was catching up on my twitter feed, I was noticing a few sports writers talking about how cool it would be to be in Vegas enjoying the tournament in a sportsbook.  Then it hit me...Vegas Vasectomy Vacation!

Wait, why does there have to be a vasectomy in there?  Well, it's like this.  Between my wife and I, something more permanent must be done on the birth control front.  And our doctor is a woman, so she and my wife rigged an election and I lost at the polls.  *badump-bump*  And my doctor normally recommends these things be done sooner rather than later once the decision has been made to do them, but she gave me a reprieve due to training for the aforementioned mountain bike race and the fact that what we've been doing has been working this long and should be fine for a little longer.

So back to the new plan.  Wait until mid-March next year, fly to Vegas, get vasectomy, enjoy the first weekend of the NCAA tournament from a sportsbook!  I mean if you have to do something like that to yourself, you deserve a little treat, right?  And it must be a great idea, because I've already gotten offers to go with me and make sure I'm "okay" after the procedure.

So consider this an open letter to my doctor, because the only catch here is that my wife said the only way she's letting me do it is if I can get a referral from her for a reputable doctor to handle this in Las Vegas.  I'm sure the good doctor will help me make this happen, though.  Sure of it.
at 11:24 PM

Email ThisBlogThis!Share to TwitterShare to FacebookShare to Pinterest
Labels: health

The timing is good for most any weekend that you want to sit around the house. I'm not sure about that walk from the room to the sports book - things are a bit tender! I found my recliner with a revolving course of frozen veggies (and cold beer) made things quite comfortable. Moving around was definitely not on my agenda! As far as the procedure itself - trust me when I say the anticipation is MUCH worse than the reality. If you've ever had the dentist do a palette injection (roof of the mouth) I consider that worse than a vasectomy by several orders of magnitude. Also, after a couple of rounds of childbirth I wouldn't expect too much sympathy for your discomfort. ;-) All in all, as long as you sit on your ass for a few days things are pretty simple. Don't make the mistake another friend of mine did and help a friend move the day after - he ended up on the couch for a week with basketballs between his legs.

+1 on the frozen peas/corn. You'll be off the bike for a week or two. Follow your doctor's advice or you're out of commission for much longer. I also recommend some compression shorts to keep your junk from moving around. Even though boxers might seem more comfortable, you really don't want much movement while things are healing. Best thing is once healed, you won't notice a change in the performance department, except you're now shooting blanks. :)