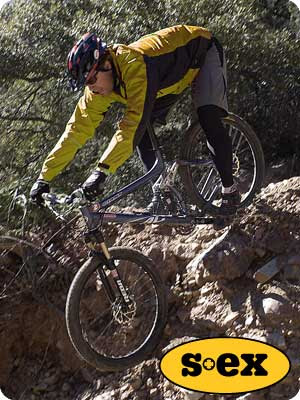 I had an old, yet never used, shock for a mountain bike that I needed some work done to. Specifically, it's a 1999 Rock Shox SID air shock. In 1999 and 2000 that shock had proprietary air fill inlets for rebound and compression. After that, they switched to a traditional schraeder valve and continued making the same shock. The one I have, however, is specific to a Yeti frame in the way that it mounts, so there is really no option to "upgrade" to a newer one since this one was only made back in 1999 and later Yeti frame designs changed to accommodate a standard mounting setup.

That proprietary air inlet was giving me some fits in getting the shock air set properly, even after I sourced the right adapter for it (wasn't easy to find, but I got one thanks to the interwebs). So I did some searching and found MTB Suspension Experts in Asheville, NC. I sent them an email and after a couple of quick exchanges Kevin said to send it in. We sent it UPS ground on Monday and Tuesday around lunch I got a call that it was ready. For under $50 they had already gone through it internally to make sure the seals were good and changed those inlet valves and were ready to send it back. I gave them a credit card number on the phone and the shock was back in my hands on Wednesday. That's TWO DAYS (and yes, it flies in the face of my rant against UPS in a previous blog post, but it is only a couple hundred miles down the road!). I am a big fan of those folks and will send them all my air shock work from now on. Thanks, Kevin!
at 12:02 PM

Email ThisBlogThis!Share to TwitterShare to FacebookShare to Pinterest
Labels: recommendations